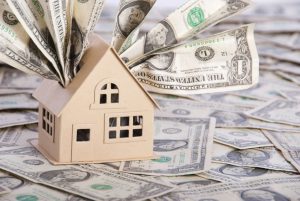 For the first time in history, the property tax rate in Lantana will drop; but not for everyone.

Lantana has had a property tax rate of $1 per $100 of valuation since the inception of the development in 1999. The bulk of the tax rate, 87 cents out of that dollar, goes towards paying off bonds used to build Lantana’s infrastructure.

Fresh Water Supply District #6 officials are considering lowering the property tax rate by 5 cents, to 95 cents per $100 of property value. The tax rate in FWSD #7 will remain the same at $1 for the time being.

The average homeowner in FWSD #6 would save about $350 per year with the tax rate reduction.

Board members discussed the tax rate at their August meeting.

“The district is in good financial health and we sold our last set of development bonds,” said FWSD #6 president Kurt Sewell. “We still owe a lot of money on the bonds. We’re not going to see a real substantial reduction in taxes for a while.”

FWSD #6 still has $54 million in bonds to pay off, which should happen by 2025. The tax rate then may drop as low as 25 cents, according to Richard Harned, Lantana Controller.

The tax rate in FWSD #7 will stay the same since development started later and there are at least two more development reimbursement bonds to issue. But the #7 board will consider lowering their tax rate next year, said Harned.

The boards will vote on the tax rates at their regularly scheduled meetings on September 19 at 4 p.m. and 6 p.m.