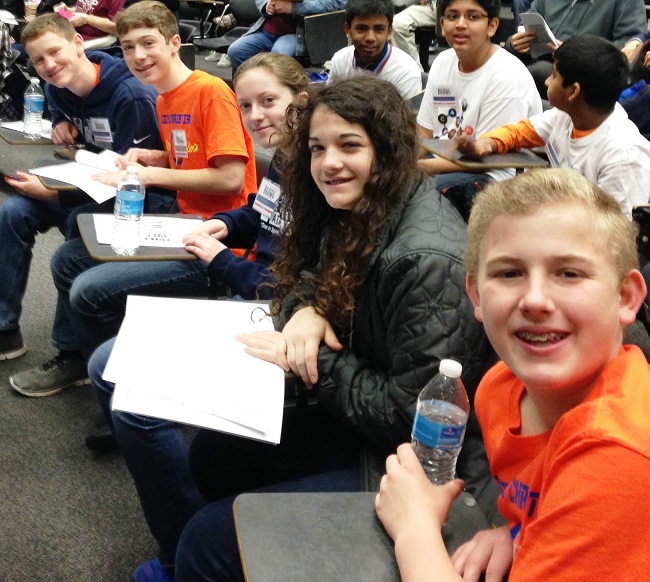 Five Science Bowl students from Liberty Christian School traveled to Texas A&M on March 7 for the Regional Science Bowl, a competition designed to encourage students and teachers to achieve educational excellence in the sciences.

Science teacher Sue Gallo said, “The competition gave these science-minded students the opportunity to do science in an environment other than the classroom.

“The fast-paced game allowed them to think quickly and be confident in their knowledge of science and math.”

In the bowl, a moderator asks a question, and the student who “buzzes in” first has the opportunity to answer. If the correct answer is given, a bonus question is asked. The team, made up of four students and an alternate, may confer with one another before answering. The goal of the game is to acquire the most points.

“I am extremely proud of our students,” said Mrs. Gallo. “They worked well as a team, they were committed to practice, and, win or lose, they handled themselves so well during the competition.”

Vivian Nichols is part of the community relations team at Liberty Christian School.