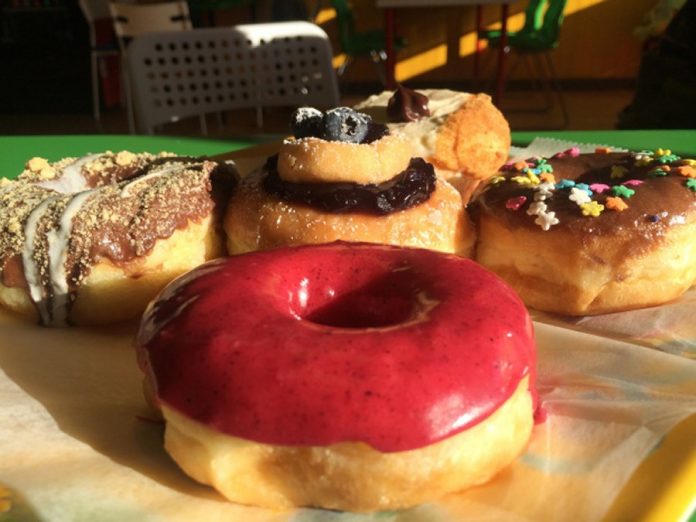 This week I handed the reins over to our resident doughnut expert, Kari, in honor of National Donut Day today. The first Friday each June brings National Donut Day, and to Kari, this is the truly one of the best holidays of the year! So, she compiled a list of some of the best doughnut spots she’s discovered in DFW in an effort to help you better celebrate this Foodie holiday.

We’ll start out close to home with Sara Donuts right here in Flower Mound. Sara and her doughnut shop have truly become an institution in our community, and it’s because of the cheery atmosphere and her unique and delicious doughnut and pastry selection.

Sara serves everything from favorites like glazed yeast and chocolate sprinkled to some more unique options like Greek Yogurt frosted doughnuts and their S’mores doughnut.

We’re grateful for Sara and the joy she brings Flower Mound through her doughnut artistry. As Sara say, “Doughnuts give you endorphins and endorphins make you happy!”

Located in North Dallas, Jarams is another well-known and delicious doughnut option to explore. They operate according to the philosophy that everyone who steps into their store becomes like family. And they only want to serve the best to their family!

Their doughnuts are the definition of fresh and fluffy, and they have a wide assortment of doughnuts including:  Croissant Donuts which come with a variety of toppings including cream cheese and fruit, powdered sugar, cinnamon sugar; specialty donuts including Maple Bacon, M&M’s; and traditional favorites like glazed cake and yeast. 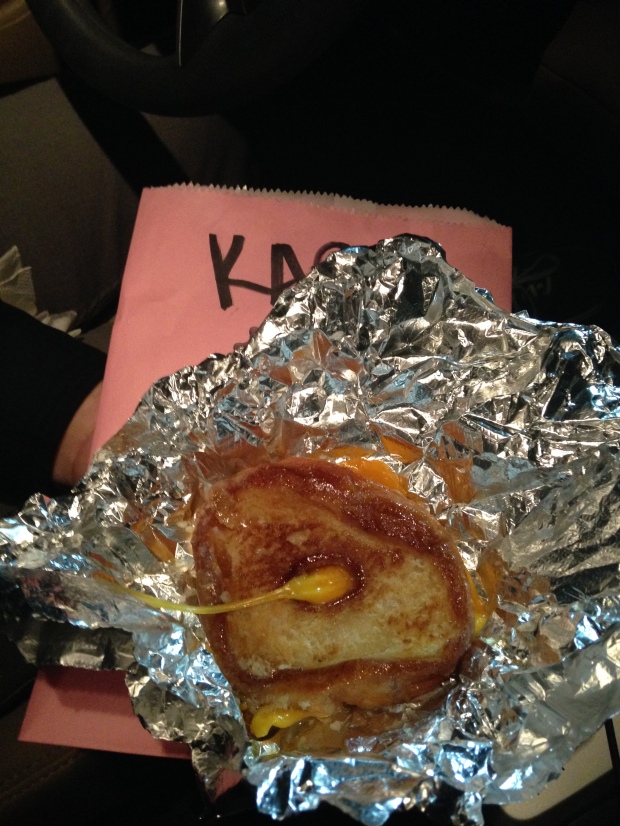 This Deep Ellum doughnut shop operates according to a very unique model – they’re open during the mornings like your traditional doughnut store, but then re-open with a completely different late-night menu from 9:00pm-2:00am on Thursdays through Saturdays.

And you have to act quickly to get one of their doughnut creations – they post their daily menu each day on their Facebook page, and only make a certain amount of each flavor, so once they’re gone, they’re gone!

Whether you head for a morning or late-night doughnut, you’re sure to enjoy what Glazed Donut Works has to offer!

Many of you have probably heard of Hypnotic Donuts before with their locations in Dallas and Denton. In addition to the fresh-made donuts in a variety of flavors, Hypnotic is also well-known for their Chicken Biscuits made with in-house fried chicken and a Texas-sized biscuit.

Some of their well-known, unique donut flavors include the Evil Elvis made with peanut butter, bacon, banana and honey and the Ski Accident which is a yeast raised long john filled with raspberry jelly and rolled in powdered sugar.

Kari’s Favorite: Plain Ol’ Glazed Yeast Raised (Their process has earned them the title of “best glazed donut in Dallas” by D Magazine.)

We know there are certainly plenty of other great donut spots in the Metroplex, so be sure to comment below if there’s a place you love that wasn’t on our list! Kari’s always on the search for the next best donut.