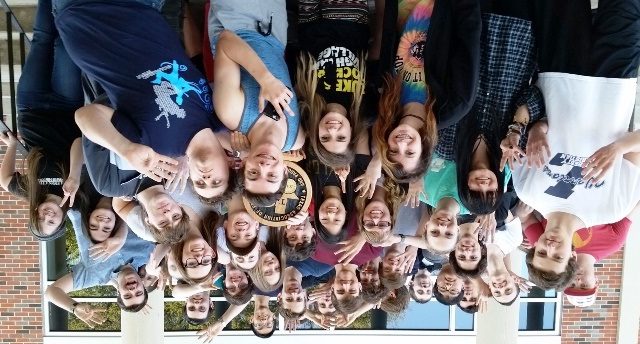 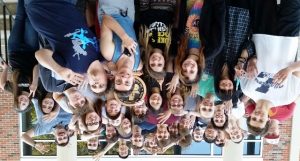 Liberty Christian’s band won the state championship for the fourth year in a row from the Texas Association of Private and Parochial Schools (TAPPS) recently at Mary Hardin-Baylor.

“There was a very high expectation we placed on ourselves,” said Scott Himel, Band Director and Fine Arts Teacher of the Year. “Our senior class especially wanted to earn the very rare distinction of winning state every year of their four-year high school career at Liberty.”

“For some students, this fourth straight win was the perfect way to end their high school band career,” he said. “To others, this championship has inspired a deep rooted desire to establish a legacy, maintaining excellence and maturing our program as we grow from our success.”

Mr. Himel said his students begin preparing for state in early summer by choosing their music selections, along with band officer input.

“During the school year, a culture of student leadership is supported by the directors to inspire students to learn to work together and be accountable to each other through our musical curriculum and goals,” he said. “This culture also includes student-led Bible studies, homework groups, and social events that all work together to build our band family.”

During TAPPS, competition events incorporated performing in large ensembles as well as soloists and small groups without the aid of a director. This year, each student had the opportunity to perform in a maximum of five events and most did, averaging 12 songs per student throughout the competition day.

“I am so proud of our students and my fellow band directors Brad Mezei, John Racina, and Jason Umbach,” said Mr. Himel. “It’s almost surreal to realize everything we are accomplishing, and it is a privilege for me to be a part of it and watch our band members grow together and bond as a family. It is truly amazing to see.

“Winning the state title is also an exciting and humbling honor that is a public confirmation of everything I see in our students’ character and commitment to each other.”

A huge congratulations the following students:

Vivian Nichols is part of the public relations team with Liberty Christian School.