On March 6, voters will go to the polls to select their nominees for political office at the county, state and federal levels.

The winners of the Republican and Democratic primaries become their respective party’s nominees for the Nov. 6, 2018 general election.

The Cross Timbers Gazette emailed questionnaires to candidates in selected contested Primary Elections. Returned questionnaires are listed by office in alphabetical order, unless there’s an incumbent (*) up for re-election. 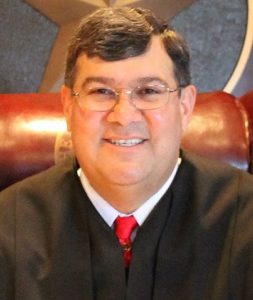 Why should you be elected? My Court leads like courts in our county with the lowest reversal rate of cases appealed to higher courts, quickest in providing individuals their constitutional right to a speedy trial, and lowest tax-payer funded attorney fees. I am a frequent instructor and speaker at judicial and legal education seminars. I also serve as the Judge of the nationally recognized Veterans Court Program with a recidivism rate of 2% making our court one of the lowest in the country for this high-risk population.

Top Priorities: Drugs and alcohol have a significant impact on every aspect of our lives. Although education is always key in curbing the use of substances we must determine how to help change lives of individuals already affected. I have been instrumental in bringing two court programs that specialize in rehabilitating individuals who have drug and/or alcohol use issues. These programs require strict court monitoring of individuals to address their use yet still holding them accountable for their actions.

Why should you be elected? As a felony prosecutor and the former felony DWI prosecutor for the DA’s Office, I am qualified to preside over a County Criminal Court that prosecutes misdemeanor cases primarily DWI cases. I am primarily running to rebuild the Denton County Veterans Treatment Court. My opponent has mismanaged this program to the extent that the county has lost a significant funding grant and the number of participating veterans has dropped. If elected, I will increase the numbers of participating veterans.

Top Priorities: Rebuilding the Veterans Court Program to maximize the number of participants and ensuring their treatment while protecting the public.

Endorsements: The Denton County Law Enforcement Association and numerous veterans in the community.