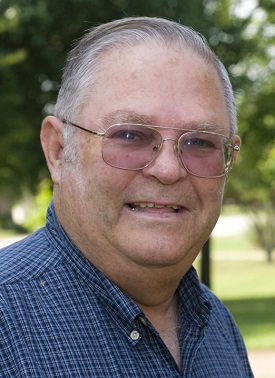 Our town lost a dear friend and respected leader with the passing of former mayor Bill Wilkinson on February 2, 2015. Our nation lost a true patriot, an Air Force veteran who spent much of his active military service in Germany and his civilian career working for Rockwell Collins (formally Collins Radio) as a manager on the Tacomo project, the first nuclear survivable communications links from planes to submerged submarines.

All who knew Bill know how much he cared about his family, his neighbors and friends, this town and all residents. Once word had spread of his passing, the town received many condolences from various levels of Texas government, local municipalities and friends of the Wilkinson family. Bill served as a councilmember before being elected and serving as Mayor from 1999 to 2003. He was a strong supporter of the Double Oak Volunteer Fire and Police Departments. He continued his public service by serving many years as a Director on the Bartonville Water Supply Corporation Board. He continued to directly serve the town as a valued member on the road & drainage committee and was instrumental in the final engineer design of the new concrete Simmons Road.   Bill was mayor when the present town hall was dedicated in July of 2002 and he often mentioned how proud he was that the residents and organizations used the facility quite often for community events and functions.

Bill and his lovely wife Laura were regular attendees at council meetings and town events. One of Bill’s last actions for the town was this past Christmas of being one of four former mayors who still reside in Double Oak to light the Town Christmas Tree in the park.

Mayor Wilkinson was a mentor to those interested in town government and how it operated. Those who have served as a town employee, on a board or committee or as mayor or councilmember always knew you could go to Bill to discuss town business and issues. He would always hear what you had to say and want your complete thoughts, and then, was always ready to give you his opinion and thoughts on the matter. At his funeral, many spoke that he was always the first in line to lend a hand and could tell the funniest & longest stories. It’s often said that Bill never met a stranger because he enjoyed meeting people and talking with them.

Mayor Bill loved his entire family beginning with the love of his life, Laura. When you speak of one, you always speak of the other. He was very proud of his children, Mike & Vickie, and their spouses and the grandkids. He would often stop by town hall or I would see him outside at his home working in the yard and be treated to a family story. Last, but certainly not least, those of you who were his neighbors and shared the pond – he cared about you guys so very much. He and Laura truly appreciate the help you all have been to them over the years, particularly the last few years.

Mayor William (Bill) Wilkinson left his mark on the Town of Double Oak. He leaves an honored legacy of caring, giving, helping and leading. We have all been blessed and touched to have known Bill and he would want all of us to continue to follow the path of civic duty, kindness and volunteering in your community. The advice that Bill shared most often was, “at the end of the debate, always do what’s best for the Town of Double Oak”.

On behalf of the Town of Double Oak, thank you Mayor Bill Wilkinson and may God Bless and watch over Laura and your family and give them strength each day.

A community pancake breakfast and children’s easter egg hunt from 9 to 11 a.m. Saturday, March 28, at Double Oak Town Hall. Breakfast will begin at 9 a.m. at a cost of $3 per adult and $1 per child. Admission to the egg hunt is one dozen filled plastic eggs per child or $3 per child without eggs. Sign in at breakfast so eggs can be hidden while you eat and remember to bring your basket. For questions, contact DOWC Children’s Social Chairwoman Terry Kennewell at [email protected].