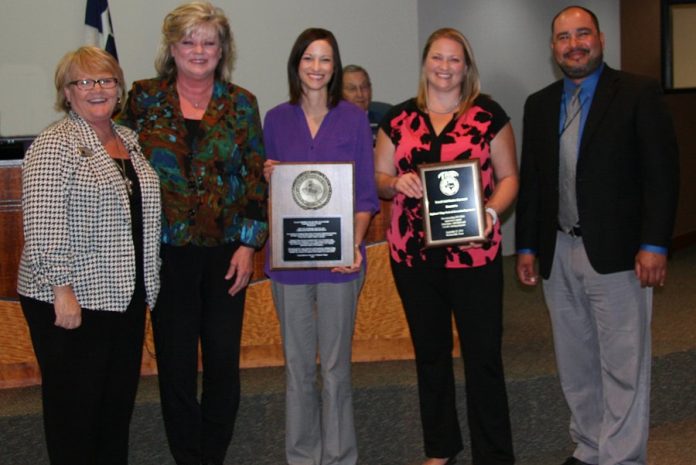 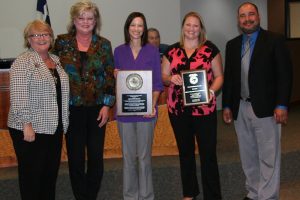 The Highland Village Parks and Recreation Department received two awards at the recent 91st annual meeting of the Texas Amateur Athletic Federation, the Member City Award for population 34,999 and under and the Gold Member City Award.

The Member City of the Year Award recognizes the department for promoting and improving the athletic programs for their members and for the Texas Amateur Athletic Federation (TAAF).

Highland Village has been associated with TAAF for sixteen years.  Staff members have supported TAAF in the positions of past president, state sport commissioner, committee team members and TAAF Summer and Winter Games of Texas liaisons.

The City Parks and Recreation Department was also presented the Gold Member City Award which is given to member cities who show outstanding registrations for teams and individuals in various TAAF sports and training programs.